Marco has reworked the homescreen so that the drawer behaves solely as an applications list. (Marco Martin: plasma/plasma-phone-components!126)

He has also laid the groundwork for horizontal pages for widgets and applications, as well as the possibility of developing new custom launchers in the future.

The new features required not only work on the Plasma Dialer side, but also work on the underlying software stack. Several patches have been produced that have been shared among several mobile Linux distributions or if possible directly in the upstream software. For more details please see these commits and merge requests for DTMF: Manjaro-ARM, postmarketOS, ubports and these for USSD: telepathy-ofono, Manjaro-ARM, ubports, postmarketOS, Linux kernel. 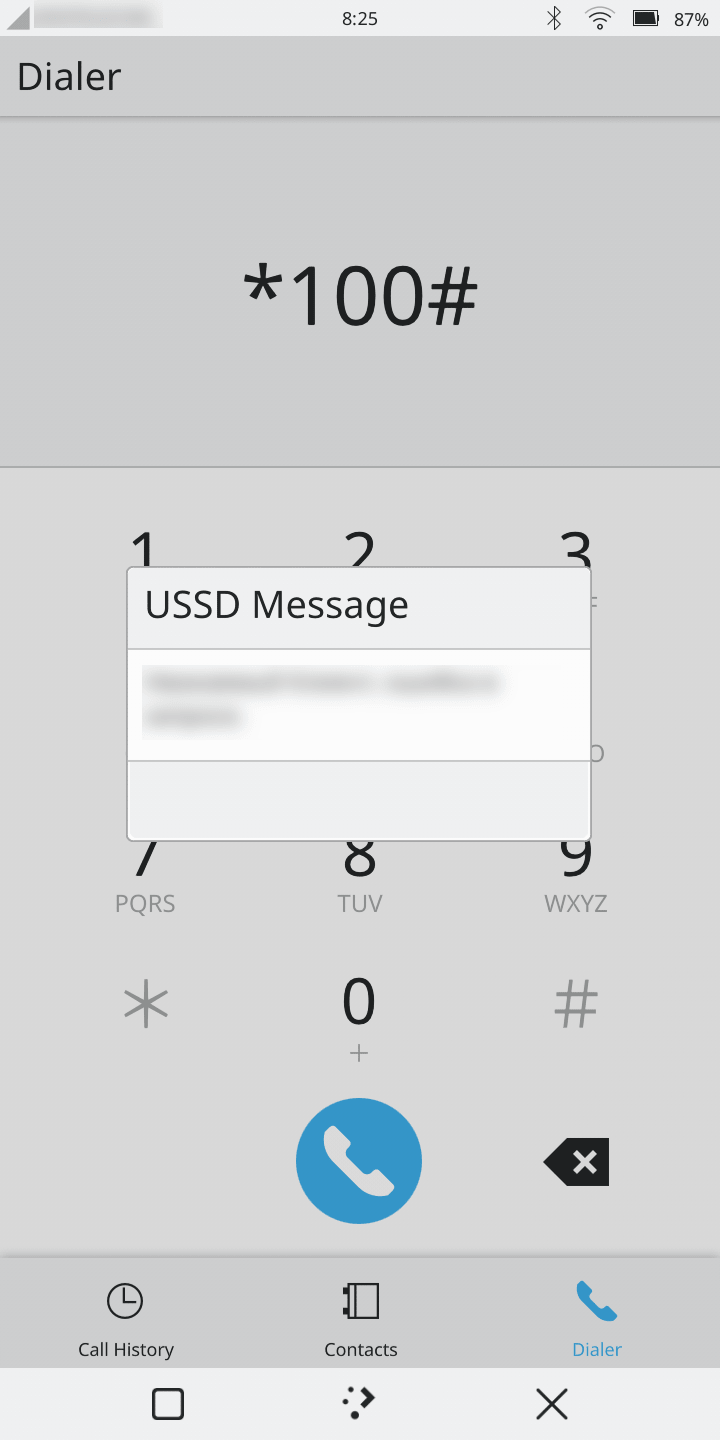 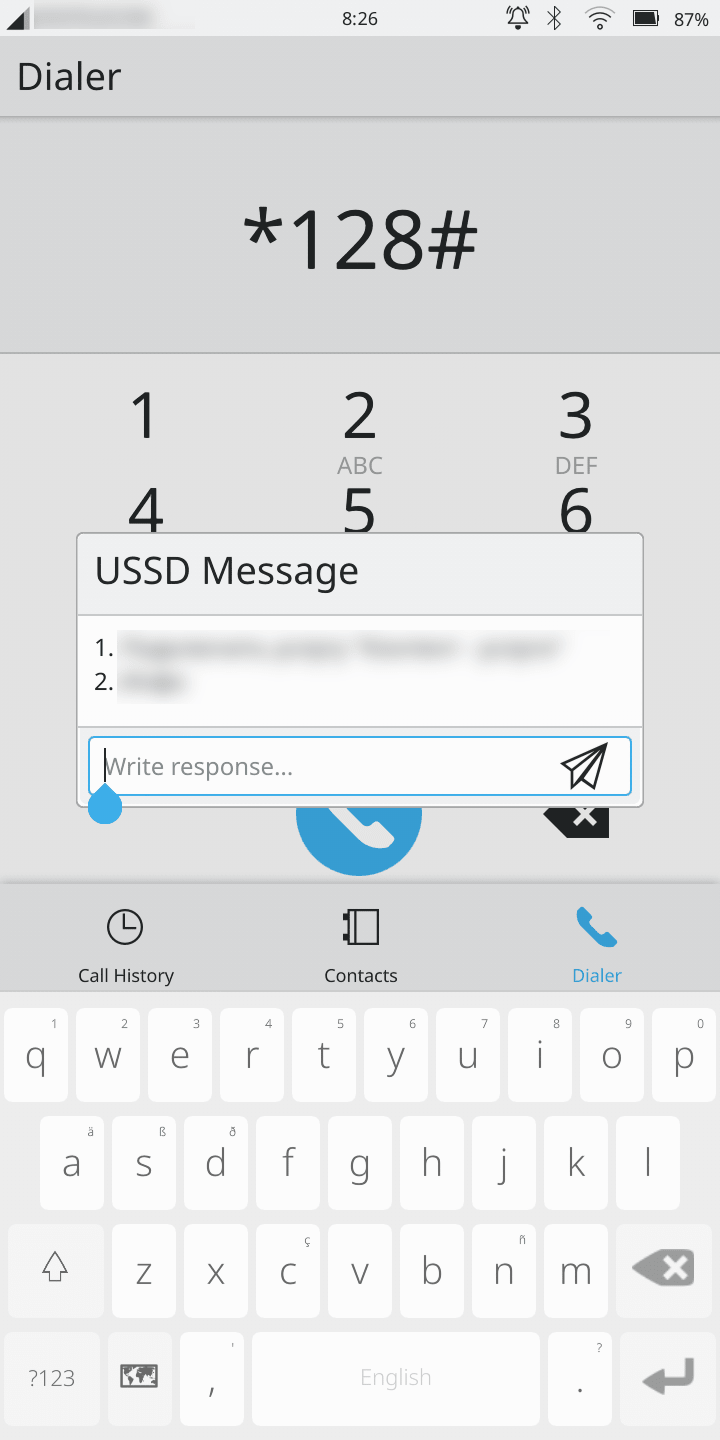 The appearance KCM has been dropped in favor of using the desktop KCMs for changing the appearance. (Marco Martin: plasma/plasma-workspace!631), (Bhushan Shah: plasma-mobile/plasma-settings!81)

A theme selector has been added to the virtual keyboard settings. (Devin Lin: plasma-mobile/plasma-settings!82)

KWeather has been switched from QtCharts to KQuickCharts. However, due to a bug with the PinePhone GPU driver, on some devices the line can be too thick. We are currently looking for a solution to this problem.

We also extracted our data fetching code to a new library, KWeatherCore. This allows sharing it with other consumers of the same data, allowing KWeather to focus on the user experience. Support for OpenWeatherMap was removed.

Local time is displayed on the forecast page and the location drag animation has been made smoother.

Kalk’s unit converter has been redesigned. Some syntax rules for math expressions have been corrected.

KClock has received some visual improvements and bug fixes. The time page now uses Plasma’s analog clock and does not always highlight a random list entry.

The stopwatch page has received improvements to allow users to see the progress of the current lap.

Bugs have been fixed where new alarms would not persist between reboots unless they were edited.

Devin Lin has been doing ongoing work on porting Elisa to a mobile format for phones and tablets. (multimedia/elisa!205) 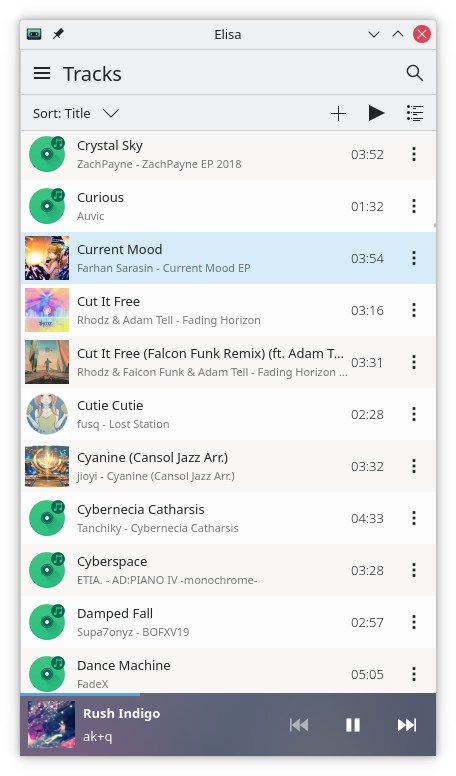 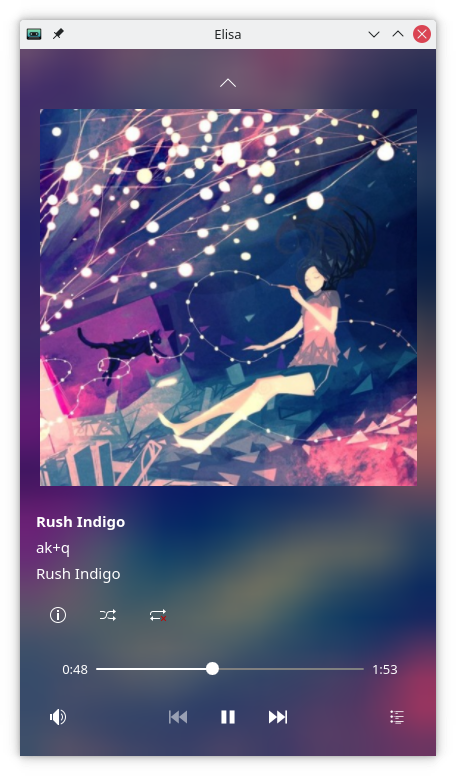 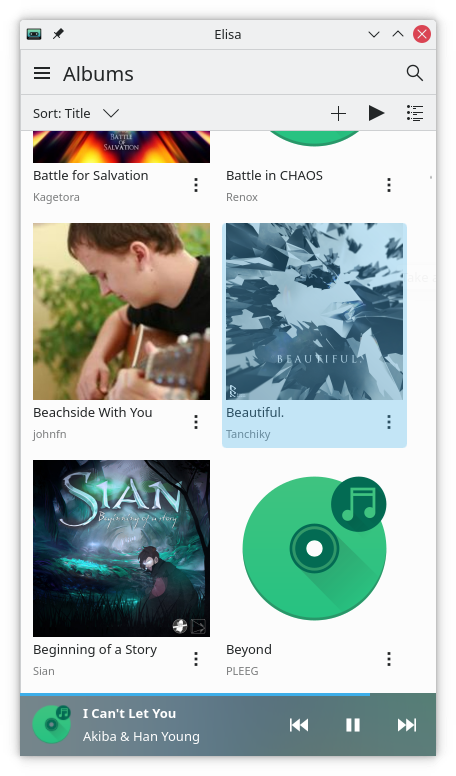 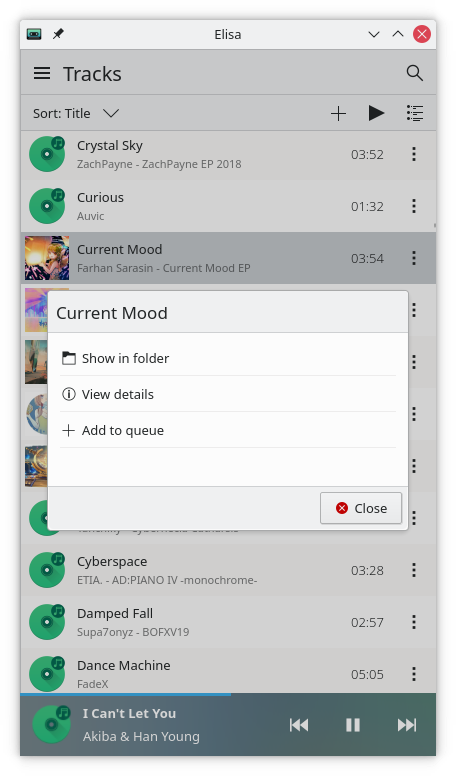 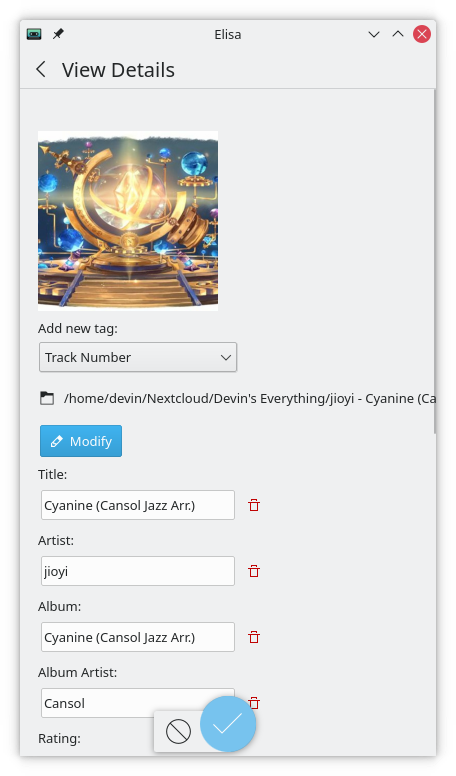 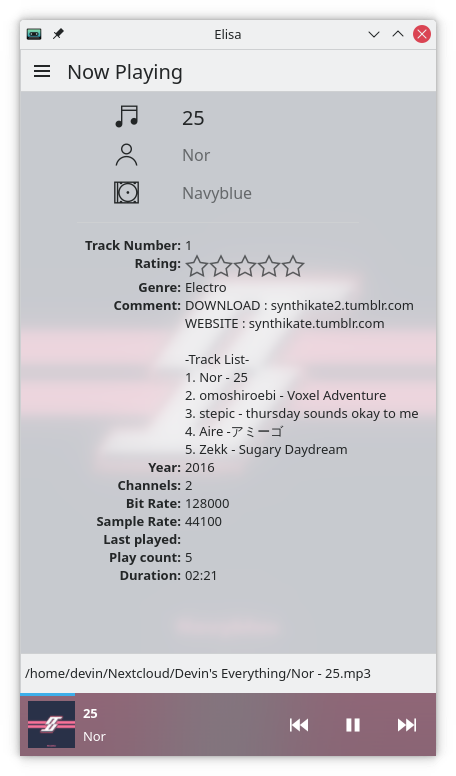 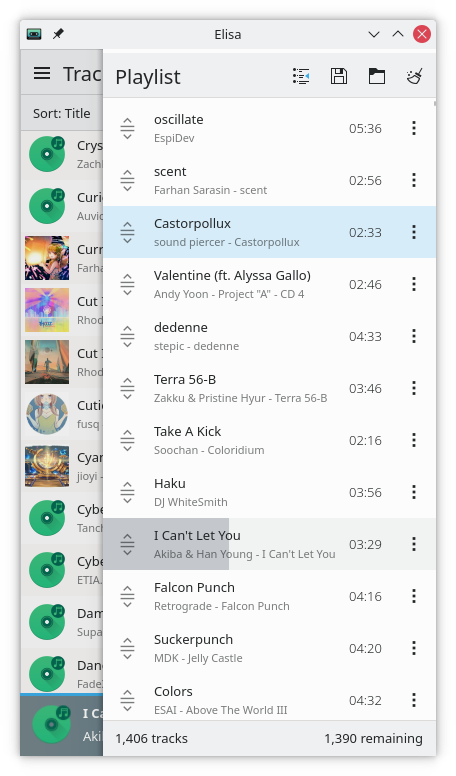 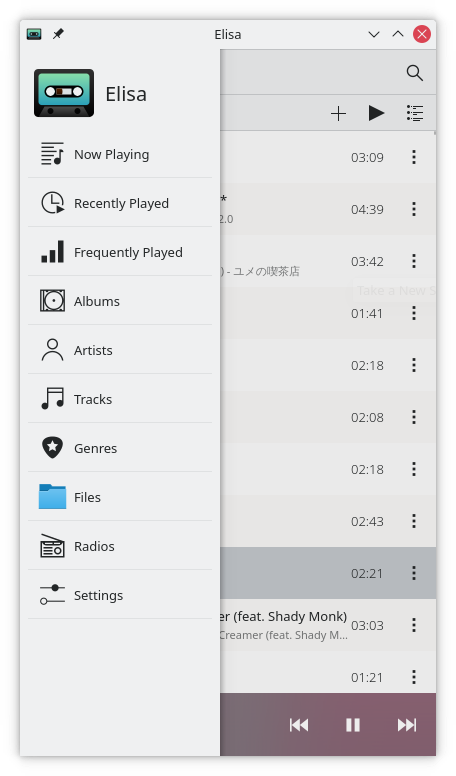 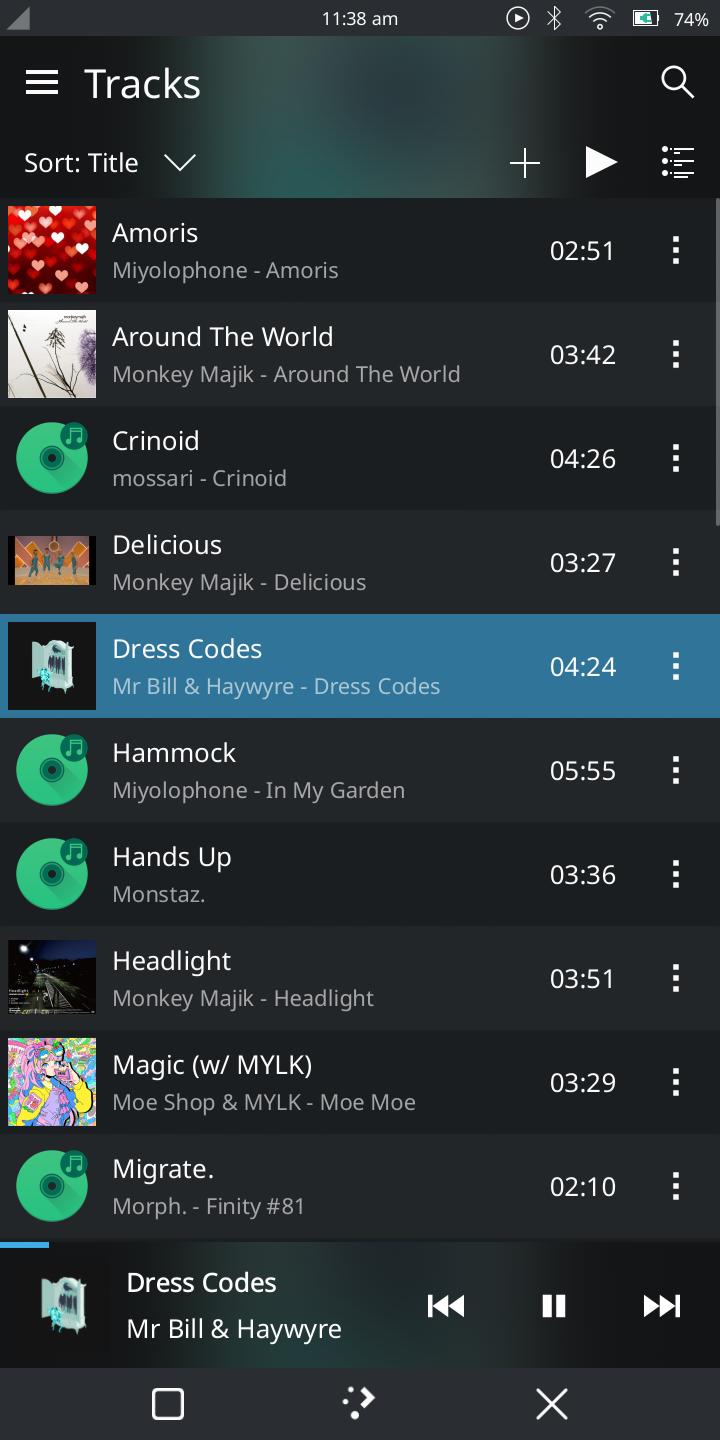 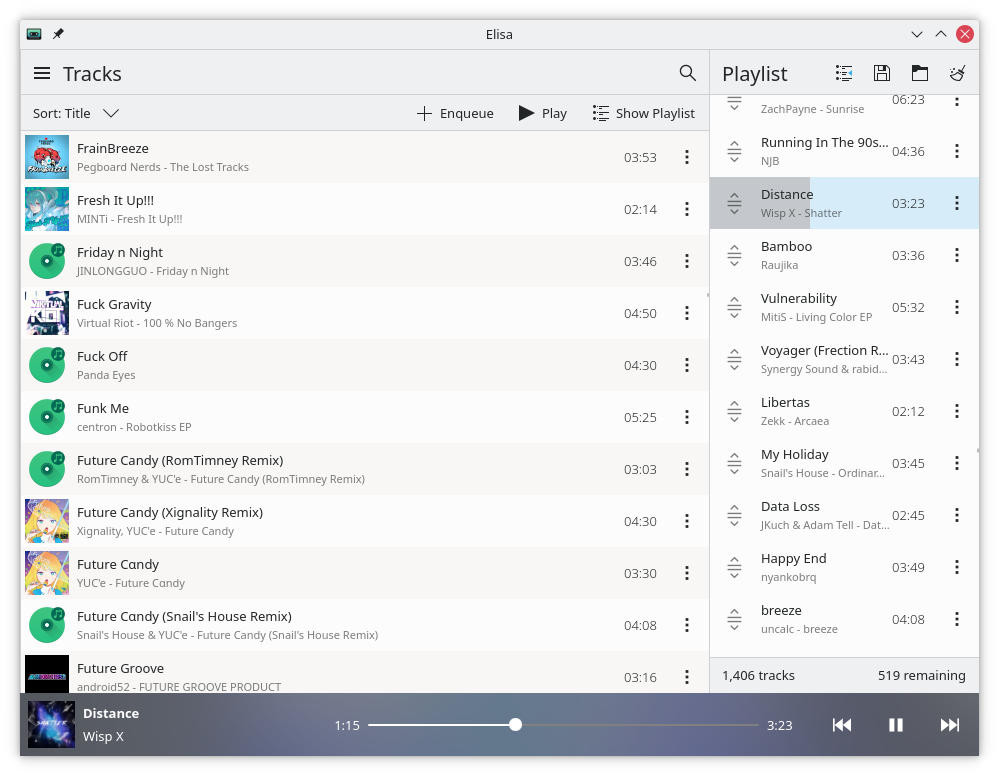 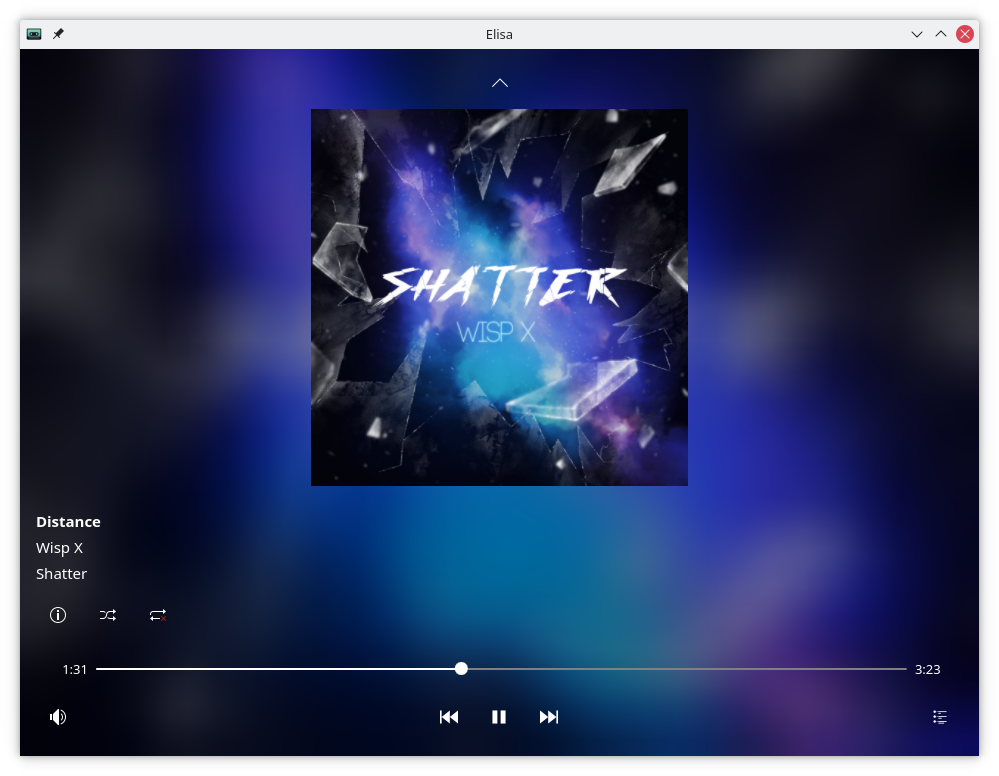 Angelfish has seen a major code clean up lately, partly because it’s going through the KDE Review right now.

A few features and bug fixes have also been made:

Users can now directly open calendar files and links, and they can import data -tasks and events- from files to any existing calendar as well as export calendar data.

Attendees management features have also been implemented. For attendees to work, the calendar must be an external ical file and the calendar owner information should be populated. Email notifications to attendees are not natively supported by the application, but if the external calendar file is synchronized with an external provider (e.g. Nextcloud), the attendees will be informed by email whenever needed. Moreover, the contacts found on the running system can be added as event attendees.

The user interface of the event and task editor pages has also been revamped, and now presents a tab-based design.

Finally, on the week and day views, the actions responsible for creating new events and tasks have been added into each day or hour row and the display of the event and task items is now more compact.

When reading a long article it is common to need to adjust the font size. To solve this issue, a set of configuration options have been added to offer this functionality. Moreover, the Alligator settings are immediately applied, without the user having to manually apply them.

Carl made a bunch of improvements in Koko in the past few days. The sidebar is now much nicer and looks similar to that of Dolphin.

A built in image editor was also added using the KQuickImageEditor library (also used in NeoChat).

Tobias and Carl released NeoChat 1.1. You can read all about this release on Carl’s blog.

Another big piece of news is that Alexey Andreyev added supports for fancy animations when receiving special emojis. This is similar to Element and can be disabled. Videos of the effects can be viewed here and here.

The DatePicker component has been visually updated. (Carl Schwan: libraries/kirigami-addons!9) 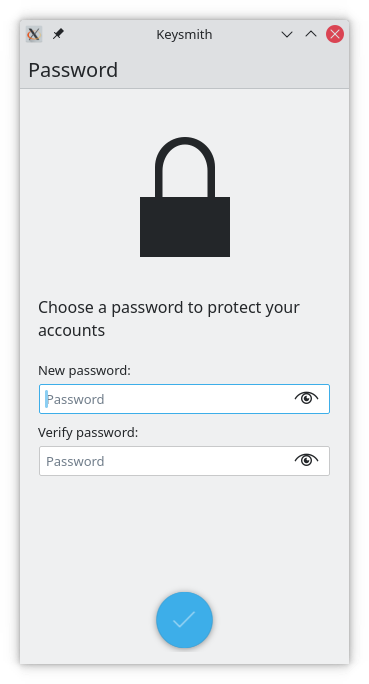 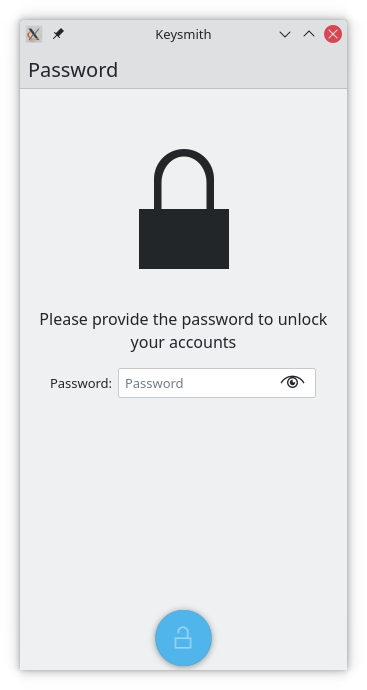 Additionally an Alpine/pmOS backend has been added, making it more useful to use Discover on these distros.

A brand new tutorial was created to help newcomers create convergent applications. It can be found on develop.kde.org. (Clau Cambra: documentation/develop-kde-org!67)

This post shows what a difference new contributors can make. Do you want to be part of our team as well? We prepared a few ideas for tasks new contributors can work on. Most coding tasks require some QML knowledge and KDAB’s QML introduction video series is a great resource for that!

You can join us on various communication channels using the links at https://www.plasma-mobile.org/join/.