Our collaboration with Pine64 is very important for two big reasons: we get a whole new hardware platform that respects our ways to create software and a new organization with a new approach towards hardware production and its integration with the FOSS communities to deliver a great user experience. We are very happy with the work so far and looking forward to more.

PINE64 has a long-standing friendship with the KDE Community and KDE e.V. Our cooperation goes all the way back to the days of the original Pinebook, launched in 2016, which shipped with KDE Neon. Currently, the Pinebook Pro and the PinePhone, our flagship devices, both ship with Plasma Desktop and Plasma Mobile respectively. It is fair to say that KDE was and is fundamental to our community’s growth and continued success.

On to the applications and other new things:

NeoChat switched to a brand new look and is now using bubbles for messages in the chat. Aside from that, Carl made some mobile-oriented improvements. The context menu, when long pressing on a message, now appears as a bottom drawer; and scrolling with your finger in the chat views is now more reliable. He also worked with Noah Davis to completely rewrite the chat input component, making it sleeker and adding transition animations.

Srevin Saju improved the keyboard navigation, making it easy to edit the last message sent by pressing up, among other things. Tobias Fella added the possibility of sending special text reactions by using the /react <text> command. He also improved the notification handling, refactored parts of the NeoChat codebase, and fixed many bugs and visual inconsistencies. He also started working on supporting the Matrix one-to-one audio chat feature and screen sharing with PipeWire.

The mobile version of Elisa by Devin Lin announced previously was merged, and is part of the newly released KDE Gear 21.04. Due to the improved mobile version, Mathieu Gallien worked on an Android version using the Android music indexer for discovering the music files. You can download an APK (in beta) from the binary factory.

Mikel Johnson and Carl Schwan worked on many improvements to Koko. You can now see the image metadata from Koko and even modify some of the fields. A small image editor was added (using the same library as NeoChat). The folder view was completely rewritten and now allows for navigation on all folders on the phone, not just the Pictures folder. To make it easier to manage a large number of images, Mikel also added a tagging feature allowing for image tagging and filtering of pictures by tag. He also added a favorite collection.

Devin Lin added a handy swipe feature to the navigation bar. You can now swipe left and right on it to go back and forward a page.

He also switched the tab page into a drawer, and added a swipe left/right gesture to close tabs.

Jonah Brüchert improved the performance of Angelfish by enabling hardware acceleration in QtWebEngine. This was disabled previously due to stability concerns, but it is now resolved with Qt 5.15.2. 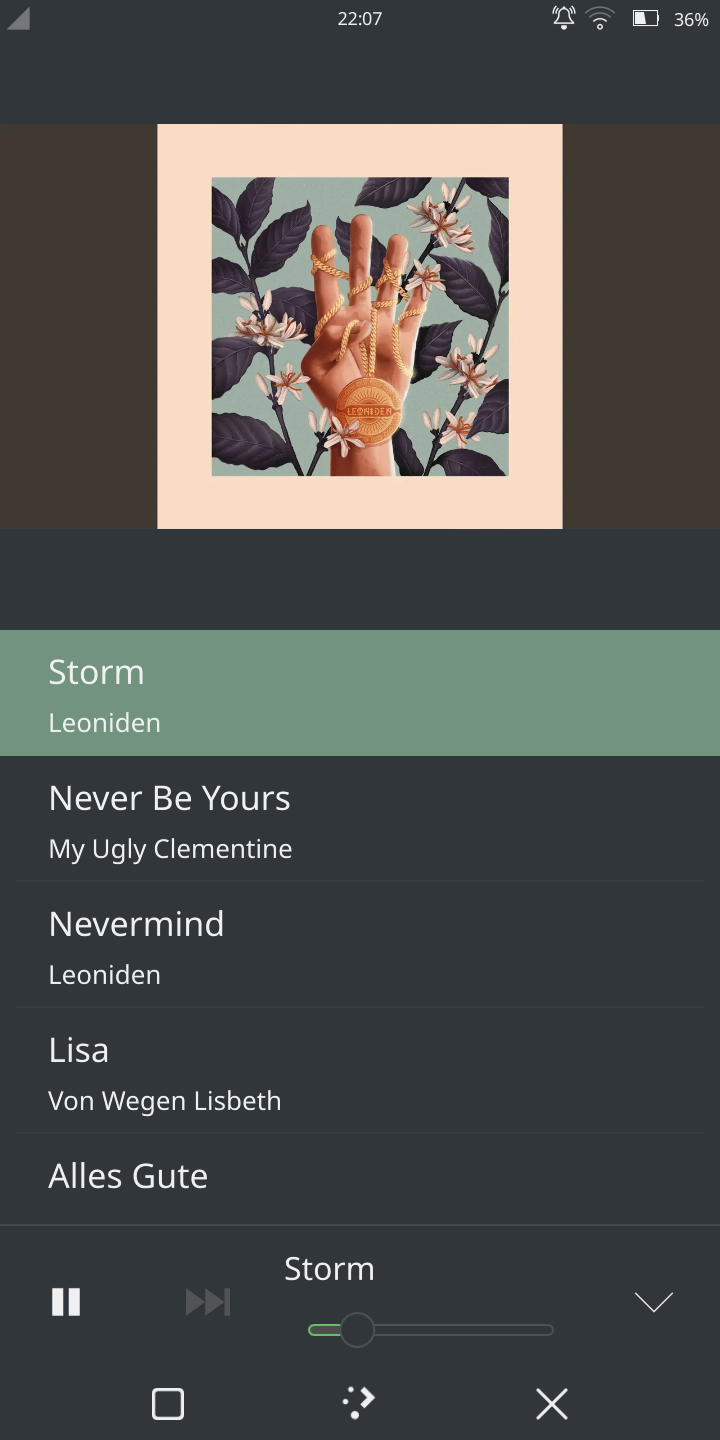 Jonah Brüchert also worked on AudioTube, a new application to listen to YouTube Music. The application is relatively new but is already in a usable state. You can read more about it on his blog post. 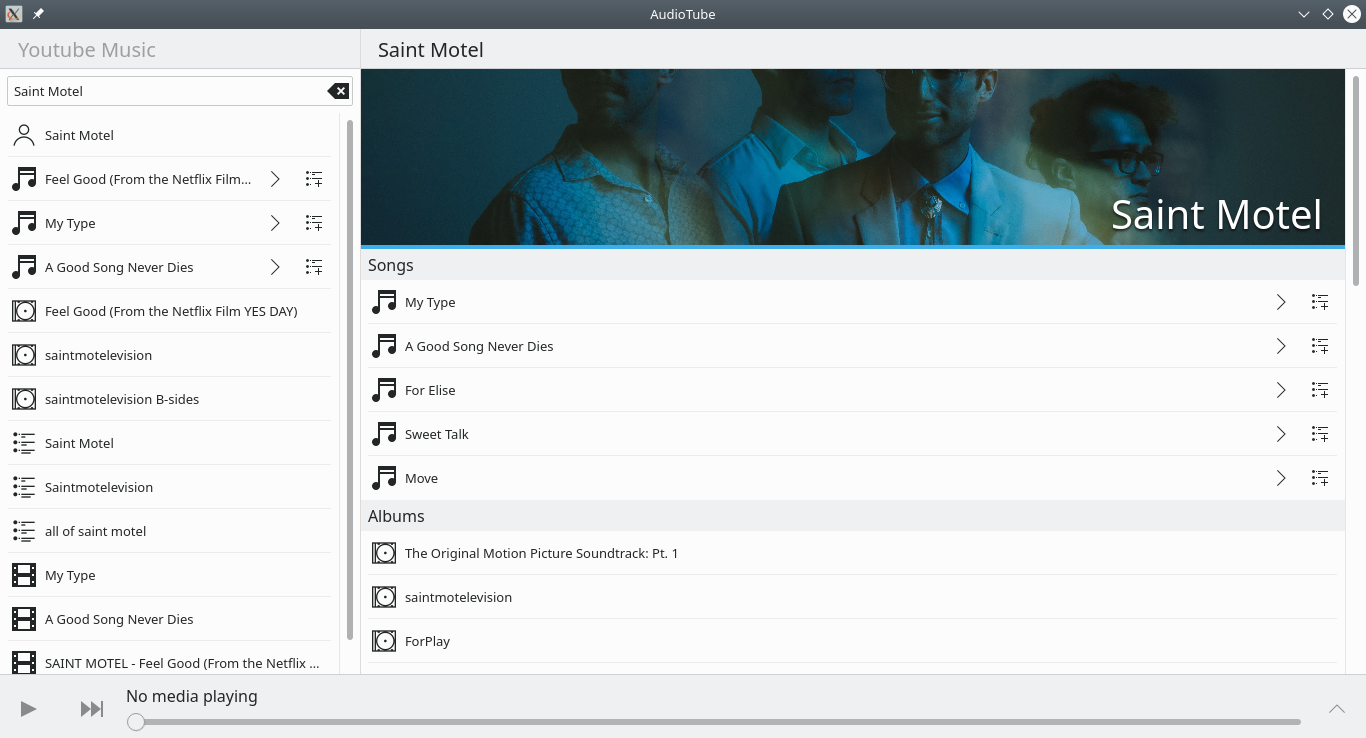 Plasmatube, a YouTube video player, also saw some improvements. Carl ported it away from mpv to QtMultimedia and added video controls. Linus Jan did significant refactoring, moving the Invidious API handling to an internal library and made it possible to use other Invidious instances.

Clau Cambra worked on a new application that allows managing countdowns for special dates. This is the app that served as the inspiration to the new Kirigami tutorial. You can find it at https://invent.kde.org/plasma-mobile/daykountdown

Carl Schwan and Simon Schmeißer started working on an email client using Kirigami. For now, it only allows reading mails, but an email composer is already in progress.

Tobias Fella started working on a KeePass compatible password manager. Currently, it is read only.

He redesigned the recording screen and list, and drawers are now used for easier one-handed usage.

KClock has had a visual overhaul.

Devin Lin switched most of the forms to be drawers on mobile, added keyboard controls to the timer and stopwatch, and also refined the font weights, color and spacing throughout the application.

Devin Lin and Noah Davis were able to locate and fix a longstanding bug in Plasma where the default font does not support light or bold weights. The Plasma Mobile shell and applications are now able to make use of other font weights as it now works without needing to change fonts.

Marco Martin added an initial two-stage notification/quick settings drawer to the top of the shell. Devin further refined the behavior and appearance of the panel, while also refactoring the code.

The lockscreen was improved to be more performant with large amounts of notifications, and now also has more animations for keypad text. Work is also under way to allow the virtual keyboard to be used instead, so that text passwords can be used for logging in.

Marco Martin has also started working on multiple pages on the homescreen.

To make it easier to get started developing your own Plasma Mobile application, Clau Cambra continued to improve the Kirigami documentation, adding a lot of small tutorials about how to use some components. Carl Schwan wrote a more advanced tutorial about how to use Akonadi to build a mail reader.

Carl did some housekeeping and ported the Jekyll website to Hugo, making translation easier. He also added a more complete list of all Plasma Mobile applications available on the homepage.